I love old British sportscars. I’ve owned the two models you see in the picture above. They are beautiful, simple to work on and get lots of attention when you drive them. But the older ones can’t go more than 80 mph and there’s no air condition. Still I’m tempted to sell my Mustang and buy an old MG… Not a very smart move as the limitations outweigh the benefit. Not unlike the temptation to limit your own church multiplication possibilities.

A Seductive Road to Nowhere

Some things are but a seductive road to nowhere.

This is menacing. Satan has the power to give us both authority and glory. That should scare you out of your skin if you are a church planter.

In his second attack on Jesus, the devil showed him the kingdoms of the world in a flash. Then he promised, “To you I will give all this authority and their glory, for it has been delivered to me, and I give it to whom I will” (Luke 4:5 ESV). Those words weren’t just for Jesus. Satan can give you authority and glory.

Authority and Glory can be Drugs of Choice

This is one of the reasons it is hard for some people to multiply churches—they get hooked on authority and glory. Like most drugs, the first dose seems innocuous. It is when we begin to taste numerical success that the temptation sets in. Authority and glory are the bane of humility and servant leadership.

The temptation is to trade reaching masses for building a personal kingdom. A surefire method for the glory of the Lord NOT filling all the earth!

Multiplying churches opens the door to hundreds, thousands or even more people. Building a single congregation, including multiple services and multi sites carries logistic limitations. Multiply and the lid comes off.

My experience tells me that I like both authority and glory. Authority doesn’t need to be authoritarian to be a trap. It is simply the desire to control ministry systems and insure that they work. As soon as you multiply, you lose that ability to hold everyone to perfection. You lose authority.

As to glory, who wouldn’t want to pastor the “fastest growing church” in your area/denomination/state/country? This is a bad-mannered bedfellow to authority. It is a raw temptation to feed your ego. I once pastored the 19th largest congregation in Los Angeles county, a sure ego-salve until I read that George Barna produced the statistic to prove that we were siphoning off smaller churches to build our own.

Ultimate these temptations are for us to lord it over the flock rather than make disciples who make disciples to the ends of the earth. It may feel good to be the big fish in a tidal pool, but swimming in the ocean opens more possibilities.

A nasty illustration of this temptation can occur during pastoral succession.

For the new pastor the job is often a promotion in that they come from a smaller church where they’ve proven themselves as faithful and fruitful. Upon assuming the role of lead pastor it is easy to see the new church as a structure rather than an organism. The congregational structure becomes a mini-corporation with the lead pastor as its CEO. This is a mistake because it causes you to look at people as pawns whose job is to help you win a chess game rather than people to bring to productive ministry OUTSIDE the church.

It’s a tempation is to see the flock as sheep to be sheared rather than served. They aren’t there to make a pastor look good, but to be equipped to serve the Lord in their everyday world. A pastor/CEO will see systems that need improvement (to feed into their personal authority and glory).

Discipleship Begins With “All that I commanded you…”

That this requires discipline is no secret. “Do you not know that in a race all the runners compete, but only one receives the prize? So run that you may obtain it. Every athlete exercises self-control in all things. They do it to receive a perishable wreath, but we an imperishable. So I do not run aimlessly; I do not box as one beating the air. But I discipline my body and keep it under control, lest after preaching to others I myself should be disqualified” (1 Corinthians 9:24-27 ESV).

Every church could multiply. Every pastor must clone themselves in others. To fall for anything but devotion to the Great Commission is to succumb to a temptation to limitation.

Also, if you would like to re-post/publish this or any other article, permission is granted if you be sure to include a link back to this site.

Feeling Lonely when You Are Not Alone

Isolated In Your Family 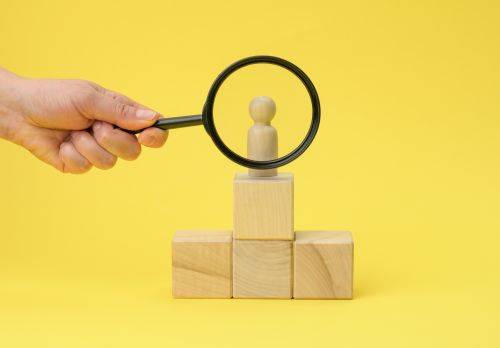 Isolated On a Pastoral Pedestal

No spam, notifications only about new products, updates.

Feeling Lonely when You Are Not Alone

It can be lonely at the top. You may be surrounded by people who adore you. Yet the pedestal where they put you is a

As shepherds of Jesus’ flock, we sometimes overlook the need for a bit of self-protection. Some friends are better than others—some friendships are dangerous (aside

Isolated In Your Family

Pastor’s families live in semi-isolation because congregations hold them on a pedestal. However, a larger problem is isolation of the pastor from their family.